Under an orange sky only Alexi Murdoch could love — caused as it was by the raging High Park Fire in Larimer County — the Bas Bleu Theatre Company switched the theme of its party on the fly today from “Burn the Mortgage” to “Shred the Mortgage.”

Bas Bleu, which in 2004 moved into the old Giddings machine shop in downtown Fort Collins and embarked on a $1.5 million capital campaign, has resolved its principal loan of $997,708. There were hundreds of donors, but none bigger than former Beirut hostage Thomas Sutherland, for whom the  theater’s stage has been officially dedicated. Now it’s on to the next fundraising stage, which will include improvements to the building’s interior.

Here’s a link to a full gallery of photos from today’s festivities, held in the Pettine family garden in Fort Collins: 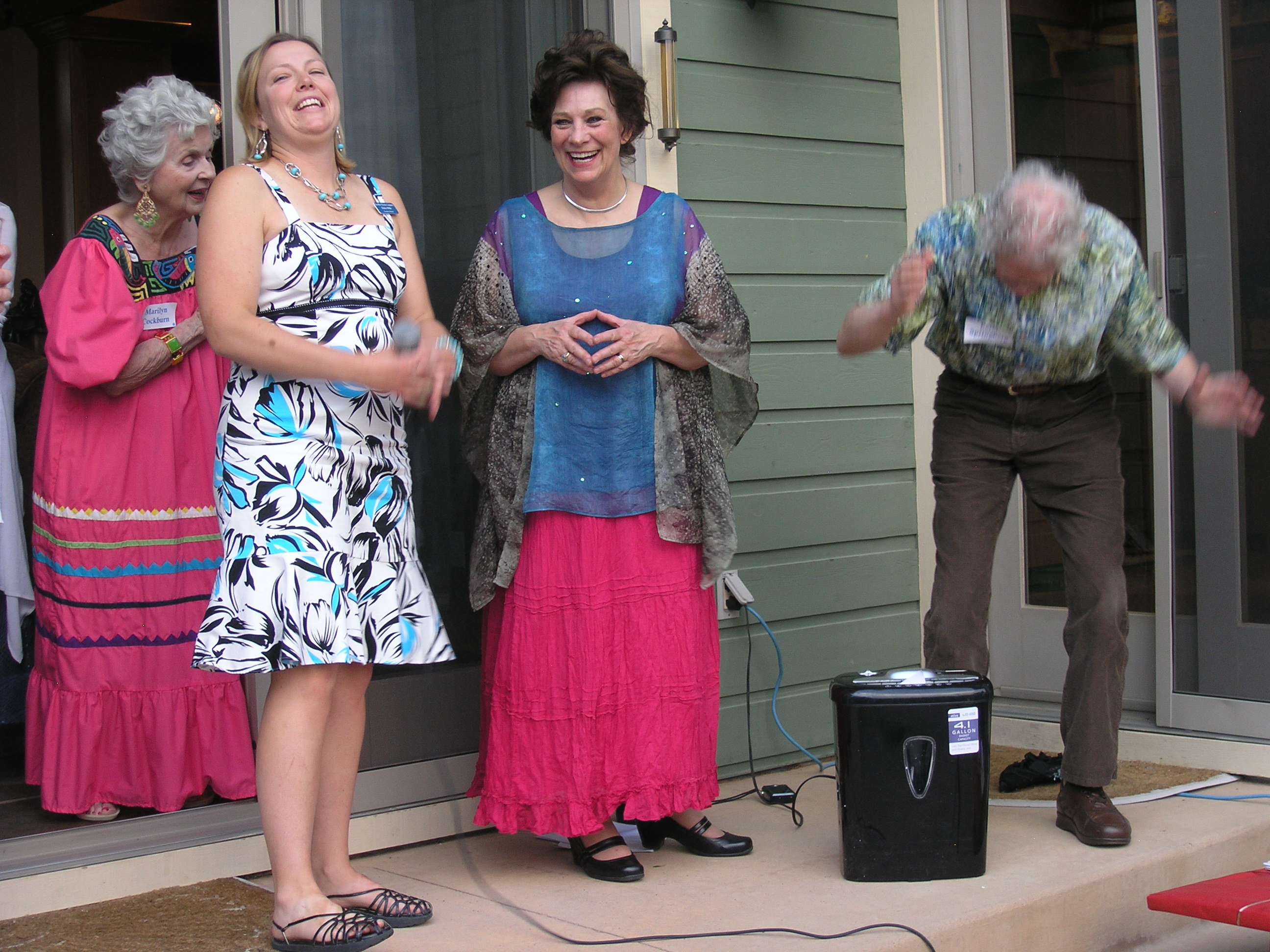